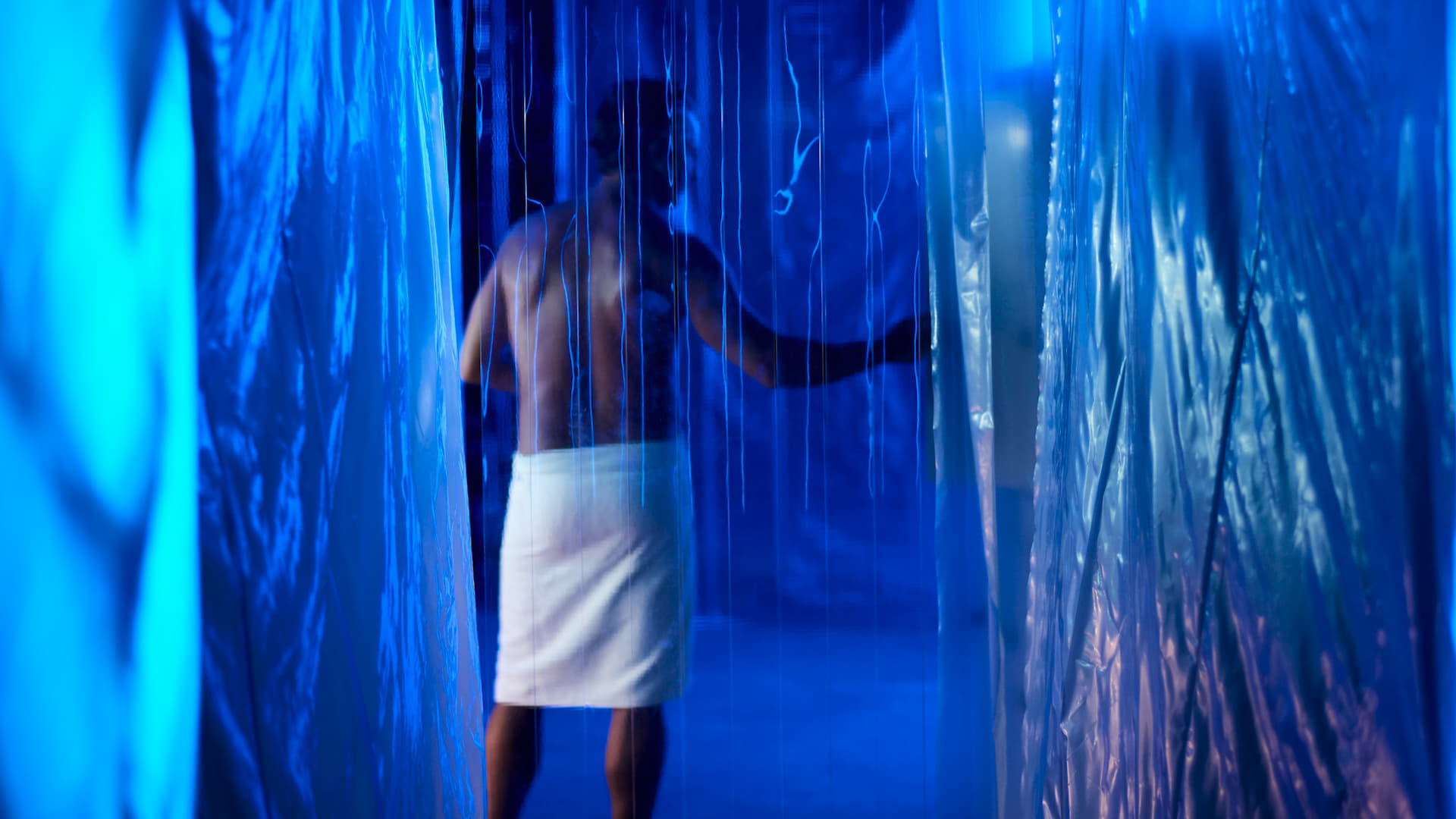 Sequin in a Blue Room

Favouring the instant gratification of anonymous, no-strings sexual encounters over meaningful relationships, high schooler Sequin is part of the always logged-on, but never-engaged, hook-up generation. He ghosts ex-partners and remains emotionally unavailable. That’s until he finds his way to an anonymous sex party, where a whole new dizzyingly alluring world unfolds before him. In one scene, Sequin connects with a mysterious stranger, but they are separated suddenly. Utterly fixated on this man, Sequin sets off on an exhilarating and perilous mission to track him down.

Death on the Nile